Otaku Coins will be provided as prizes and gifts for content creator contests and promotional events for fans.

Staff from our association will head to your event with a large Otaku Coin in hand to bring in even more excitement!

We will actively consider sponsoring events related to the content industry. Please feel free to contact us. (*Please note that we cannot respond to all requests.) 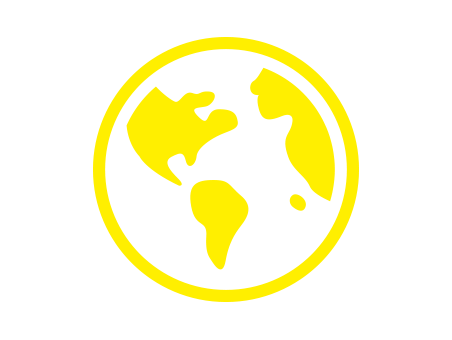 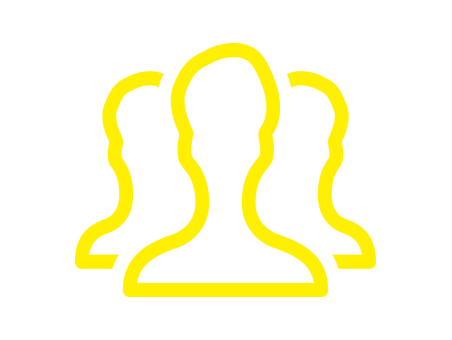 Available for events with over 100 attendees. 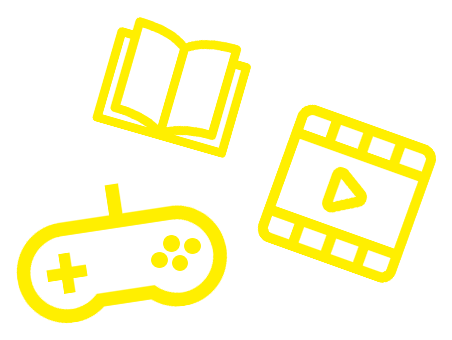 Examples of events that can be sponsored 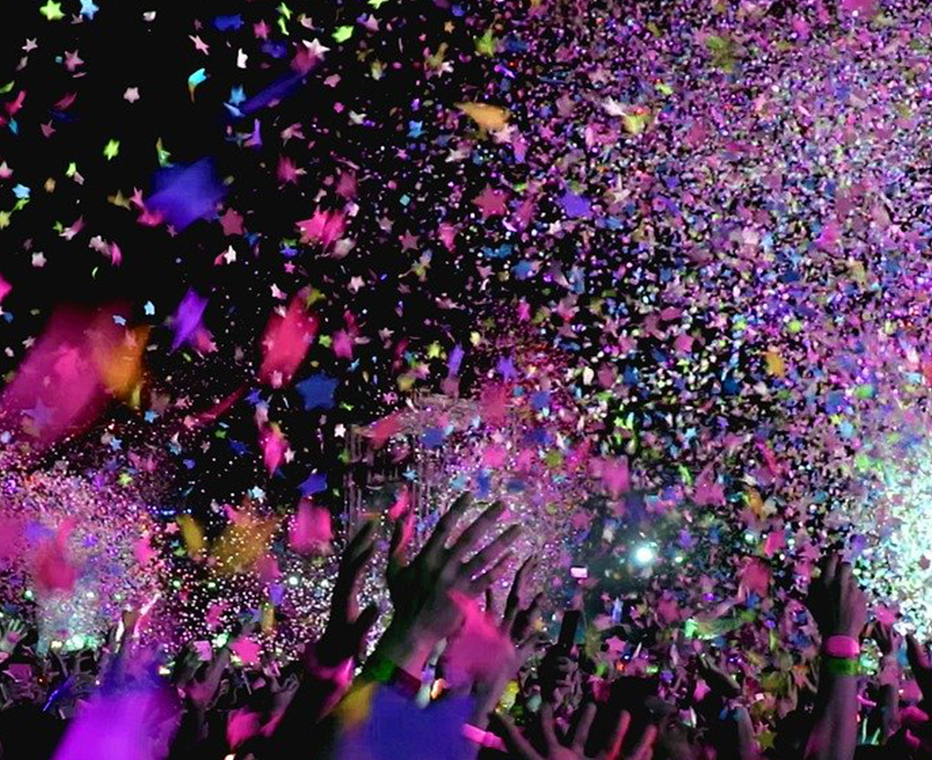 100,000 Otaku Coins as an extra prize for a video contest 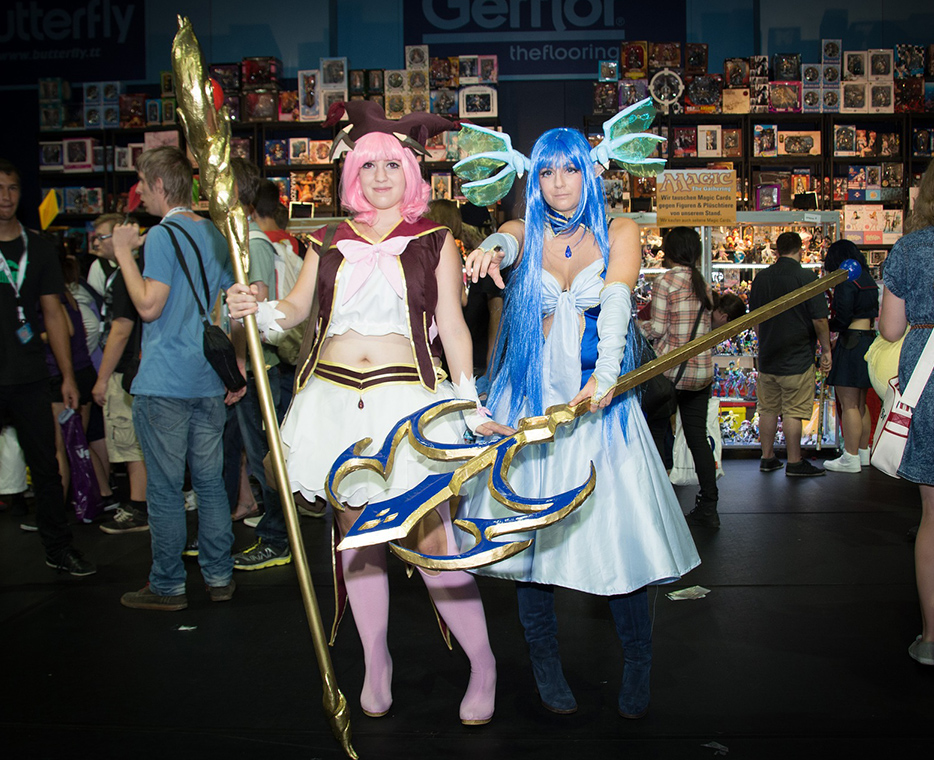 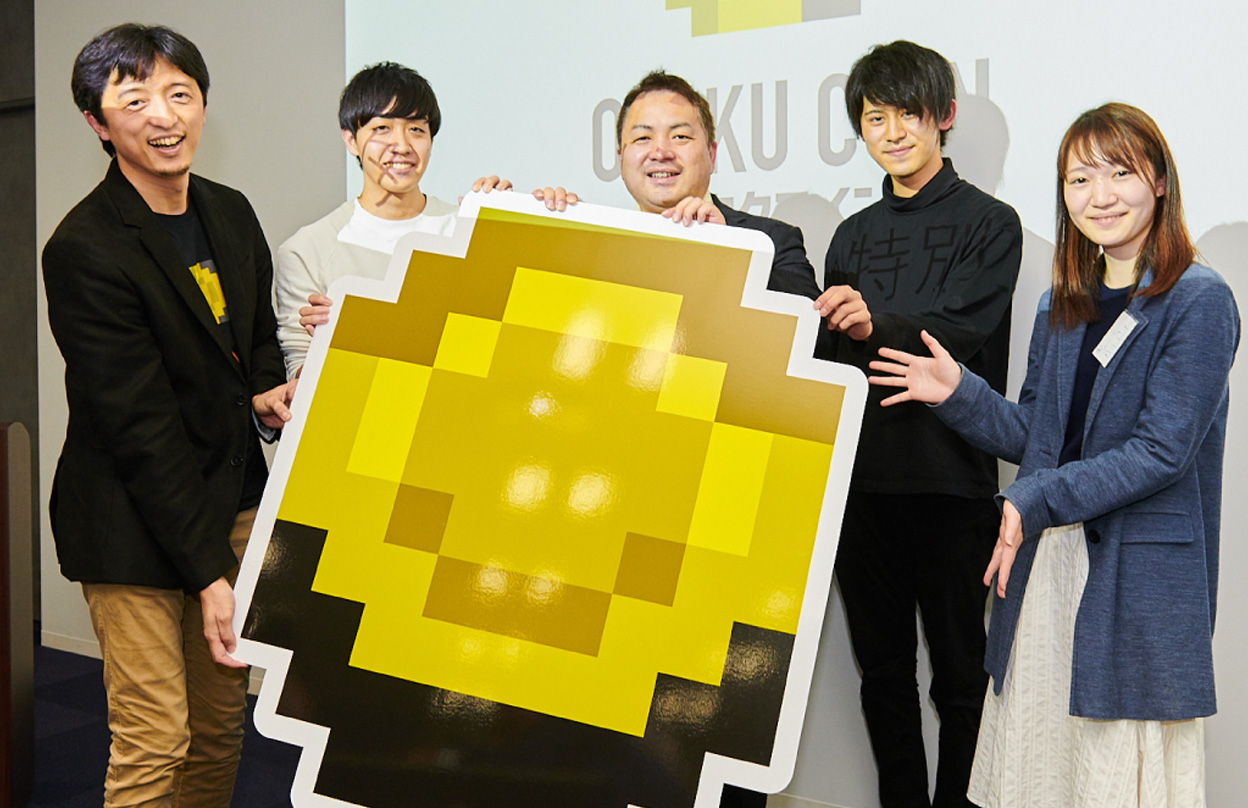 We presented 50,000 Otaku Coins as a prize for dapcon, a blockchain game hackathon sponsored by Hakuhodo.

The Director of the Otaku Coin Association participated in the hackathon as a judge and the winner was presented 50,000 Otaku Coins as a prize. 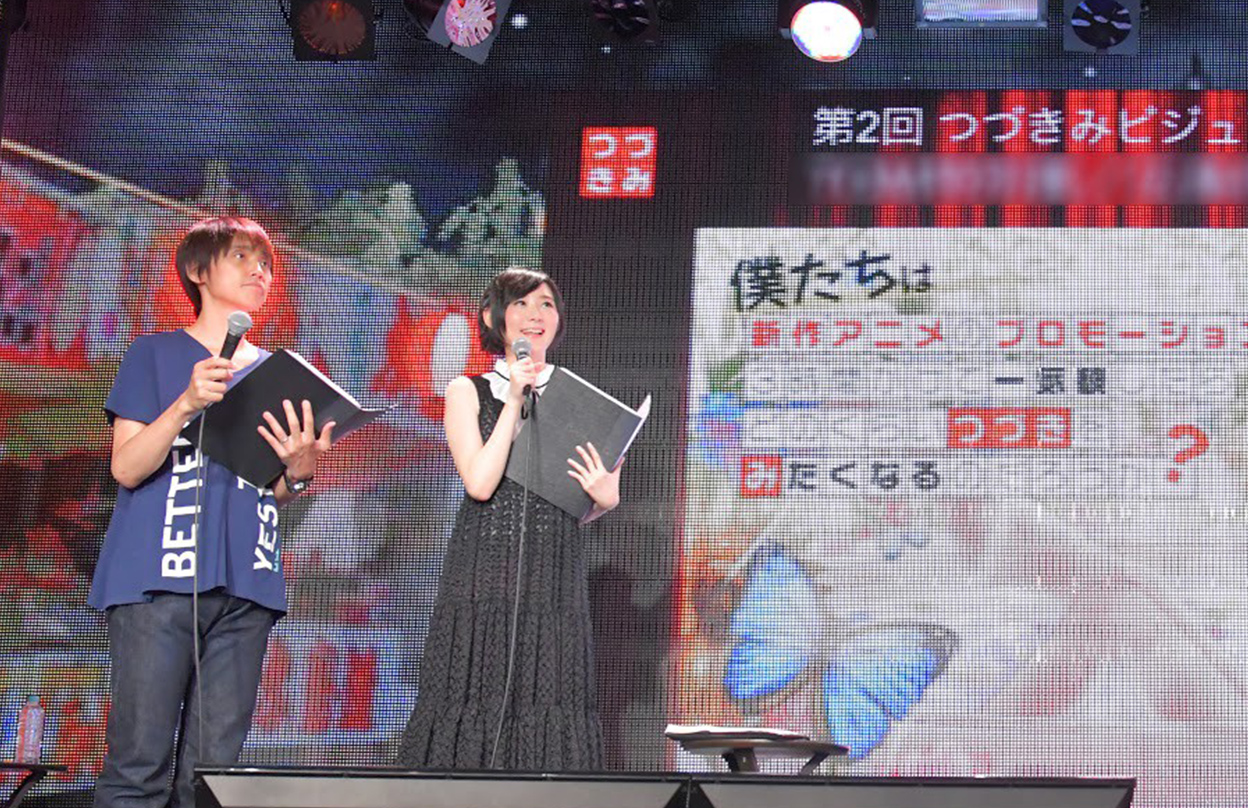 Otaku Coins have been awarded as additional prizes at the 2nd Tsudukimi Visual Award 2018 illustration contest.

We co-sponsored the illustration contest that was part of the 2nd Tsudukimi Visual Award 2018 which was held in conjunction with the 8th Tsudukimi event where fans view teasers for new anime titles.

A creator named emo was chosen for the special prize, and Otaku Coins were given as an extra prize for the first time. (A voucher was given since the event took place before Otaku Coins were issued.) 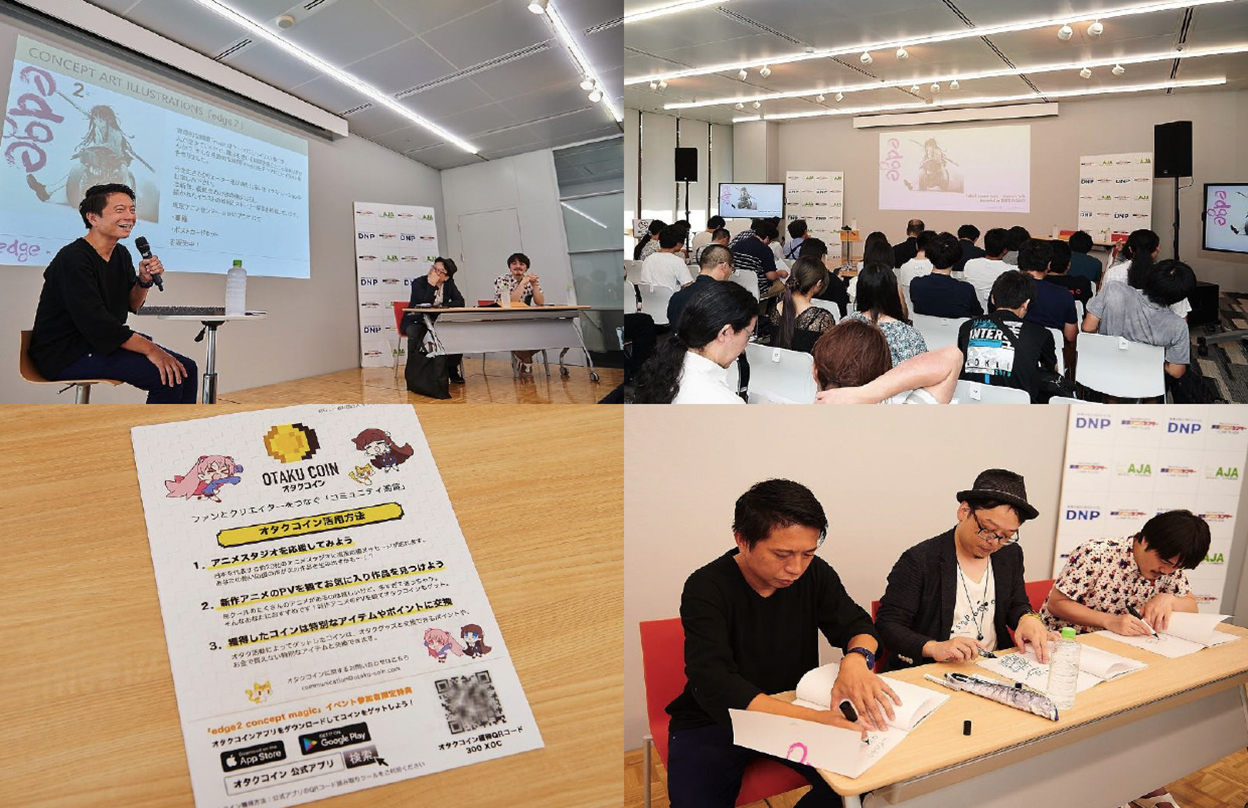 Otaku Coins were distributed to visitors at a talk event commemorating the release of the edge2concept magic art book.

Otaku Coins were distributed as a special gift to attendees of the talk event held to commemorate the launch of the edge2 concept magic book produced by Tetsuya Nakatake (co-founder and director of WIT STUDIO), who is also the director of the Otaku Coin association.

The distributed Otaku Coins were used to be exchanged with gift lottery application tickets.

Is it legally acceptable to use Otaku Coin as extra prizes in contests?

Otaku Coin is a community currency (legally equivalent to a point system), so there are no problems as long as contests comply with the Act Against Unjustifiable Premiums and Misleading Representations.

What can Otaku Coins be used for?

As of now, they can be used to be exchanged with video game software exchange services and purchasing otaku merchandise. (*Only for compatible services)

What happens if I lose my Otaku Coins?

We are very sorry, but we do not reissue Otaku Coins. Please manage them carefully at your own risk after receiving them.

Are Otaku Coins subject to tax?

Otaku Coin is a community currency (legally equivalent to a point system) and is not taxable.

Can anyone use Otaku Coins?

Yes. Anyone in a country that offers the official app can use them.

How many Otaku Coins are being distributed?

About the Otaku Coin community currency 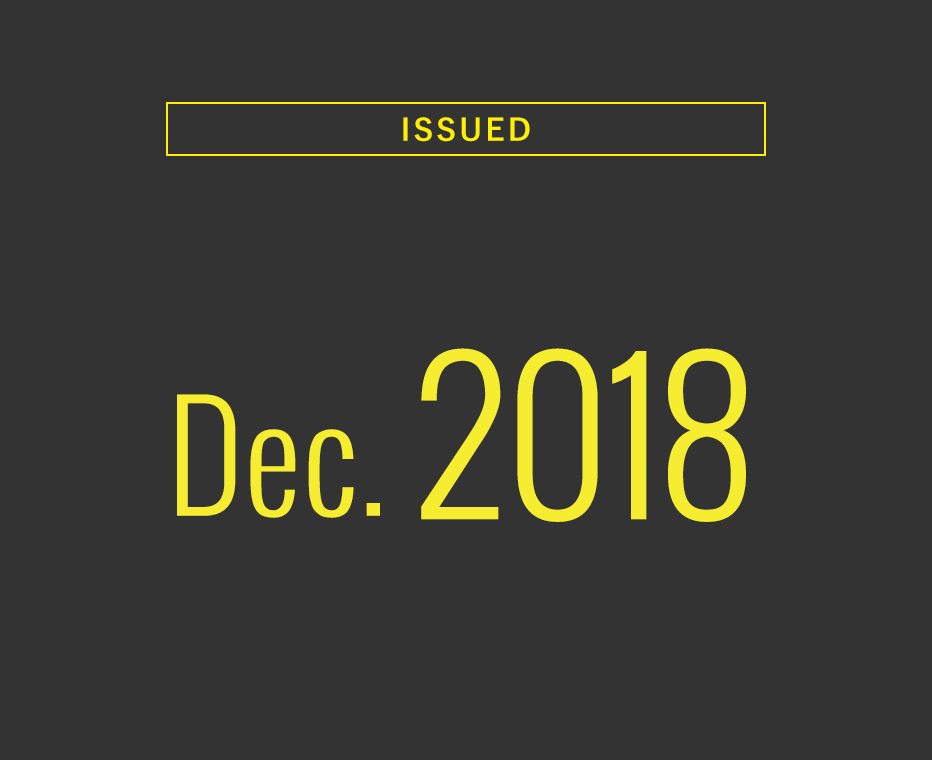 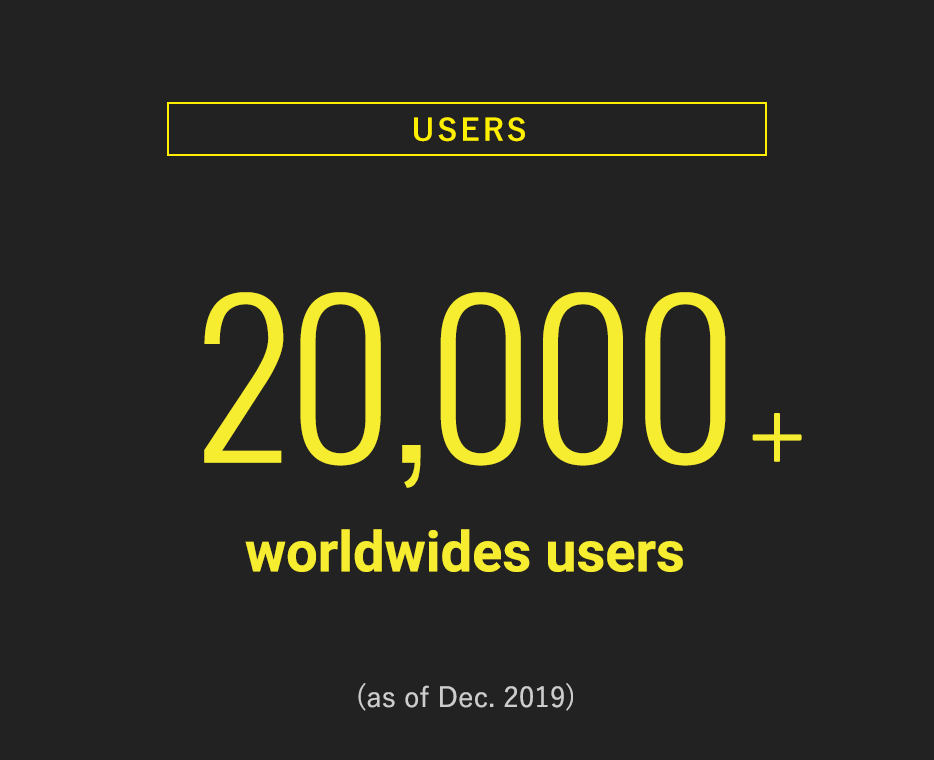 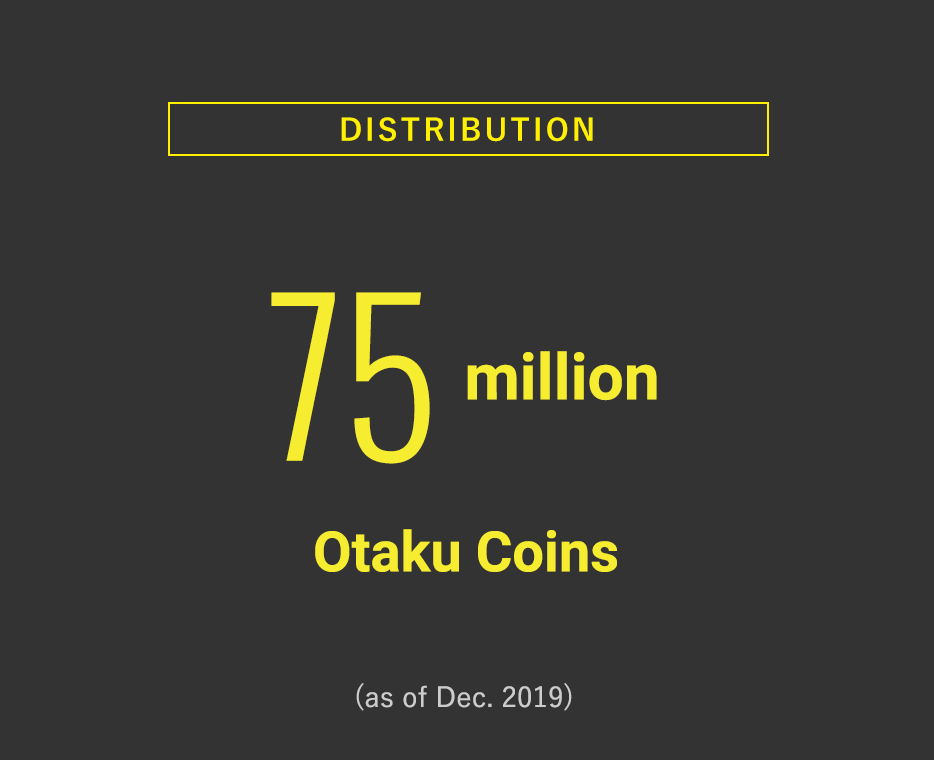 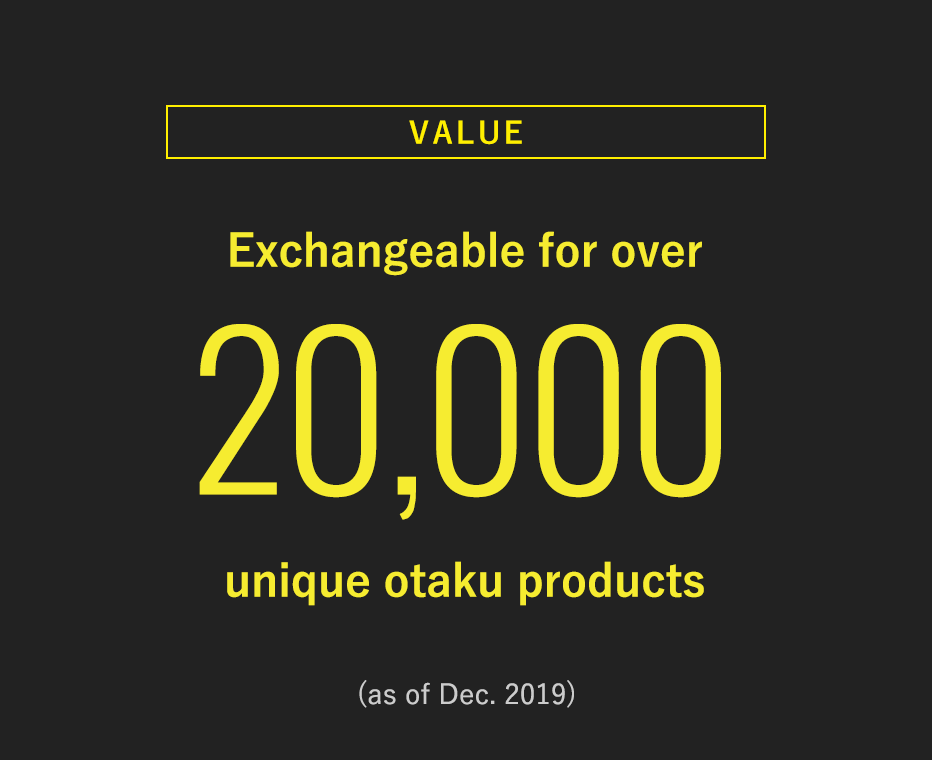 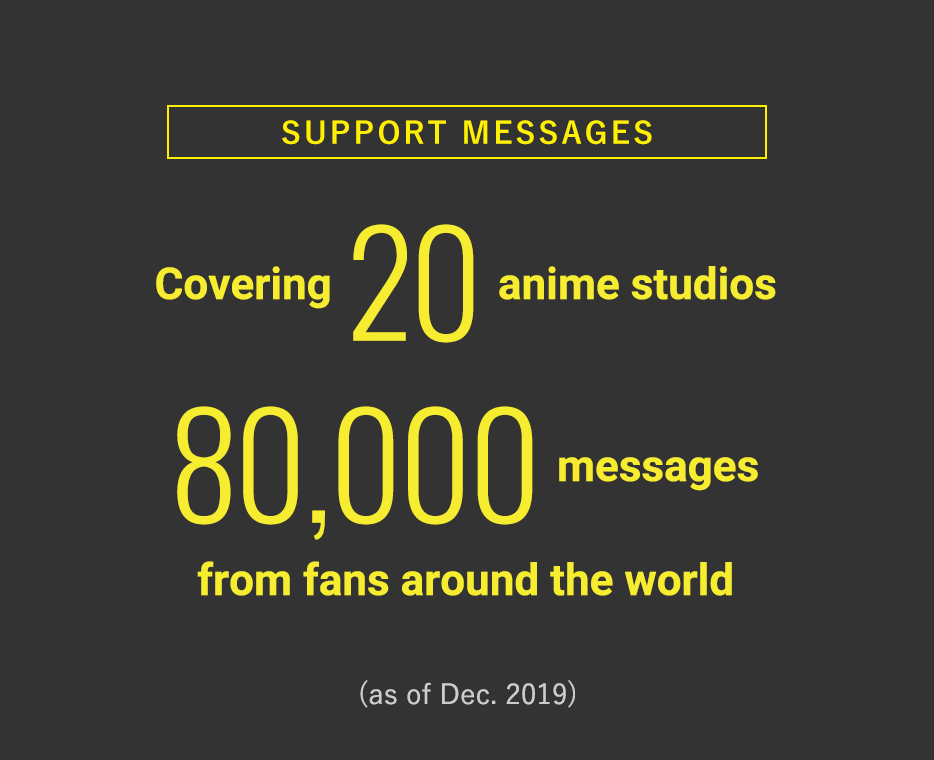 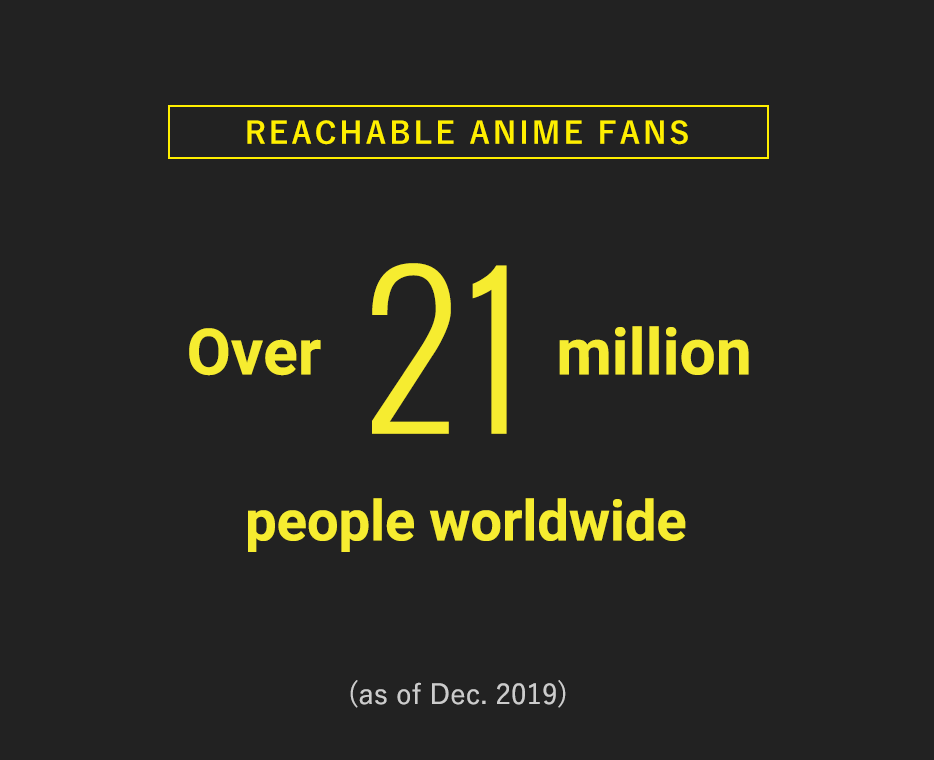 Otaku Coin is a community currency targeted toward anime, manga, and video game culture, and is a currency with “voting rights” that attempts to directly reflect the needs of fans. We aim to use the currency as an intermediary to develop and revitalize the community and spread them around the world.

At the same time, we are confident that Otaku Coin is a project that will contribute to the further development of blockchains. As of now, the excitement of blockchain is for better or worse contained within its industry, and Otaku Coin aims to bring this excitement to global otaku culture. We believe that this project will hold significant value by becoming the world's first case where blockchains will be commonly used by the general public who previously had no interest in the system.

Opportunities to Collect and Use Otaku Coins 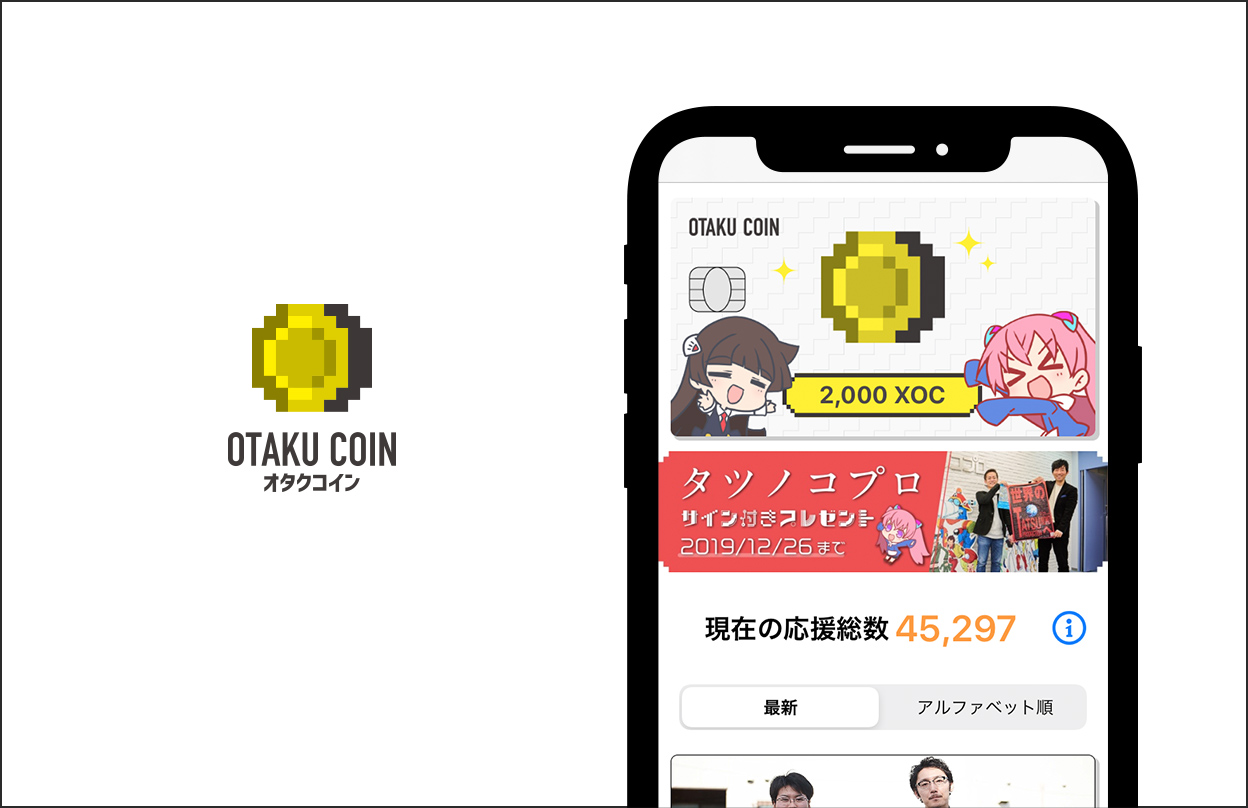 You can use the app to send messages of support to anime studios. We collect all of the messages from around the world and make them into a poster before personally handing it over to the anime studio.

Users who support anime studios through the app will receive 300 Otaku Coins as a present per studio support. Also, you can use the app to accept coins that you have received through various campaigns and events. 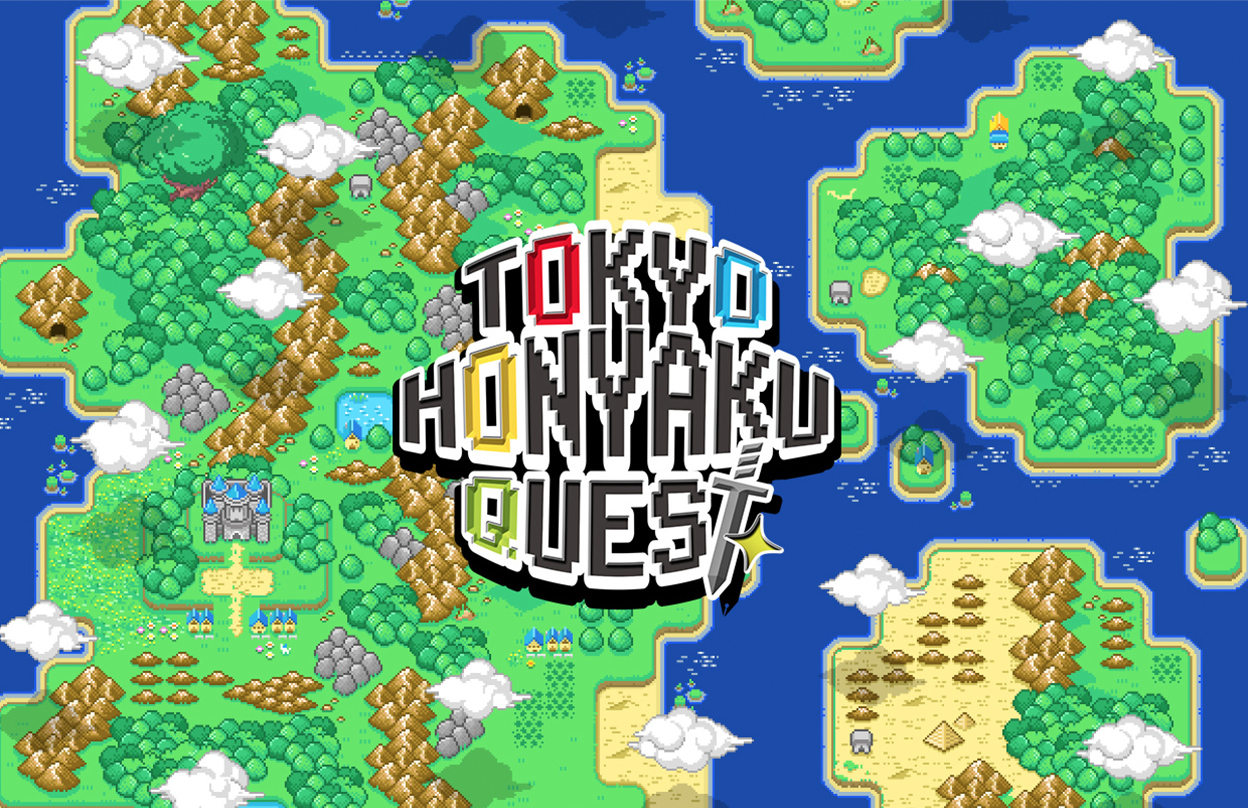 Translate articles from Japan’s largest anime news site, Anime! Anime!, for fans around the world and publish them on the English version of the site, Anime Anime Global, with your name in the translator credits.

Also, the official version of the article you published, along with your translator ID and the translation/proofreading history, will be listed on the blockchain. You will be compensated with original tokens called HON. (In the future, HON will be able to be exchanged for Otaku Coins.) 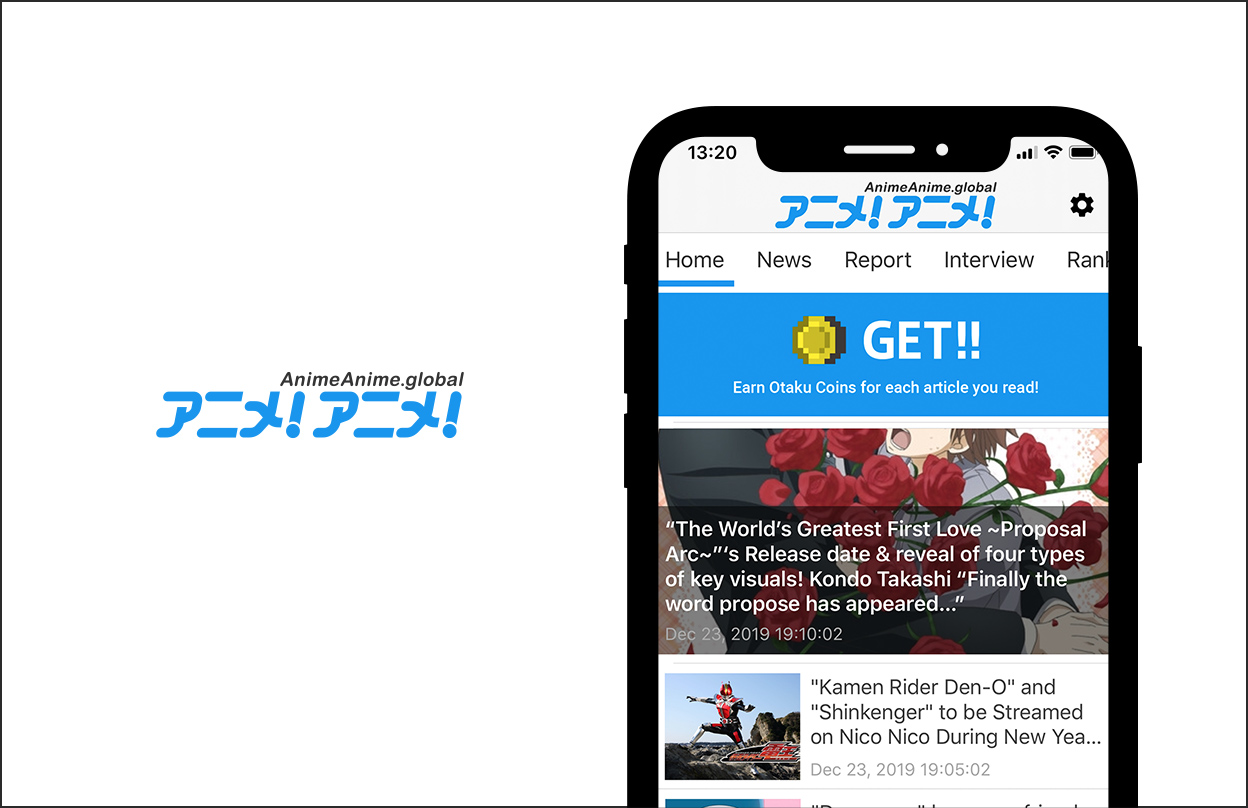 Read and share articles to get rewards with the Anime Anime Global smartphone app!

Anime Anime Global is a smartphone app where you can read the articles translated on the Tokyo Honyaku Quest platform. You can earn Otaku Coins by reading articles and sharing them on Twitter.
Download and try it now! 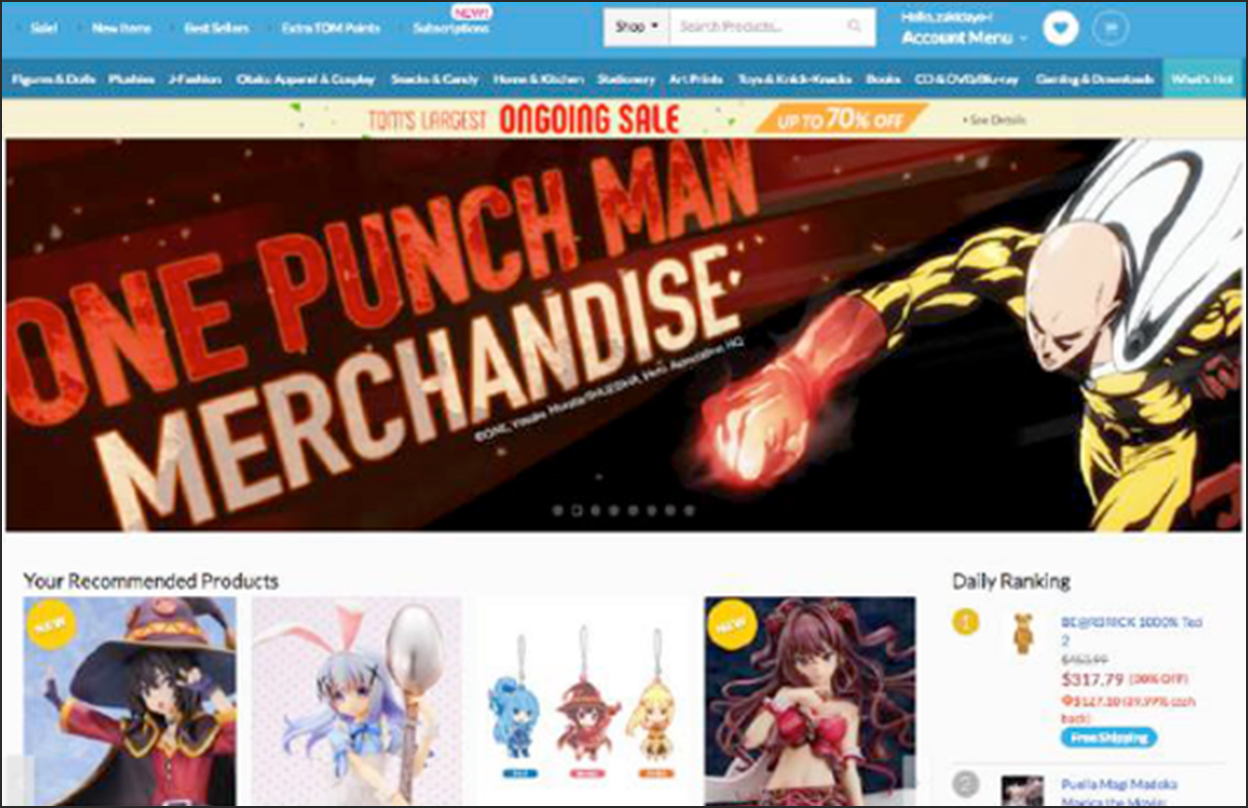 You can exchange Otaku Coins for points to be used at the Tokyo Otaku Mode Shop and TOM Projects (1 XOC = 1 TOM point). The exchanged points can be used when purchasing products, which means you can exchange XOC for over 20,000 unique anime products. 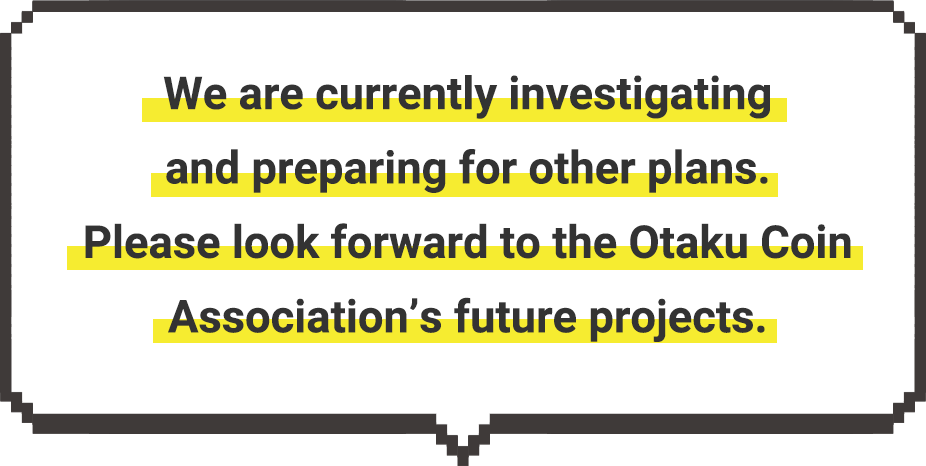 About the Otaku Coin Association

The World We Want to Create

Building an otaku nation by otaku, for otaku.

By issuing and using Otaku Coins, a community currency that can be widely circulated through the anime, manga, and game content industries, we want to seamlessly and closely connect fans around the world with creators and related industries to contribute to the improvement and expansion of otaku culture (which includes content such as anime, manga, games, and the creation and community use of such activities). 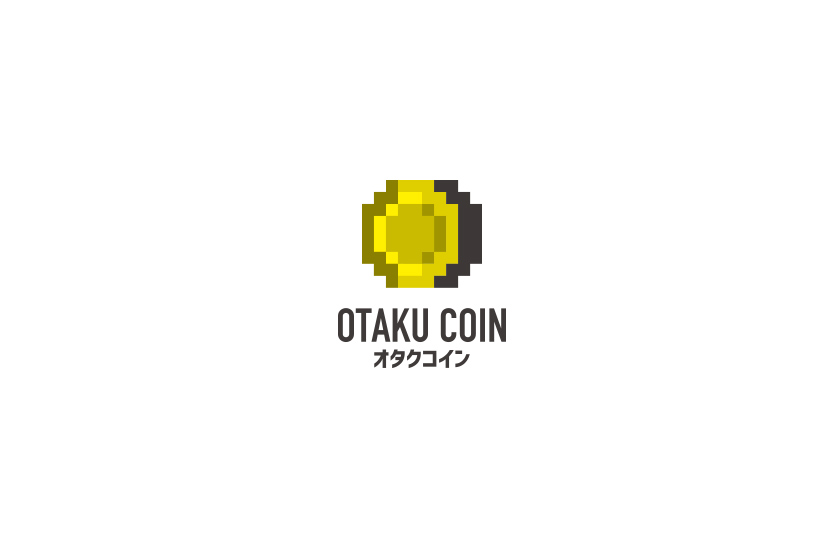 In December 2018, we issued Otaku Coins (from the database). We are planning to issue 100 billion coins. All coins will be issued in the first round and we do not plan on issuing anymore. The database coins were disbursed to users for free using our official app. 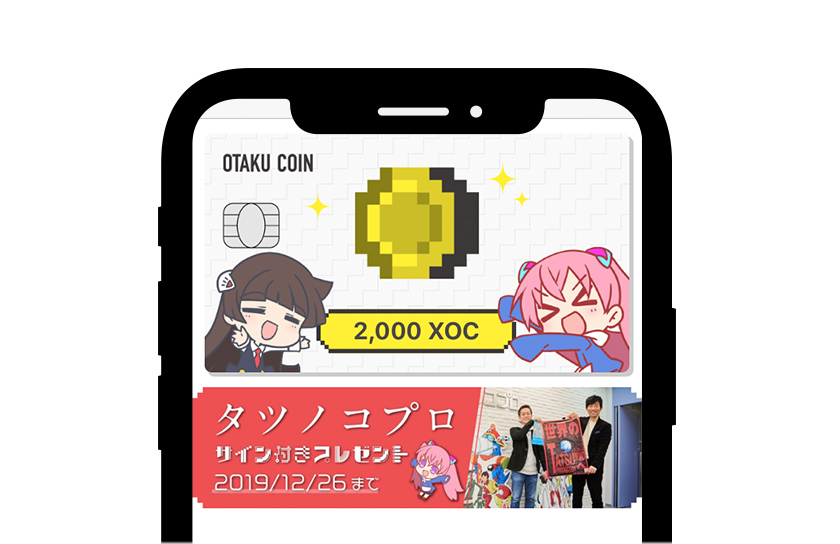 The Development and Release of Our Official App

We developed a wallet app and released it along with the distribution of Otaku Coins. It is not aimed toward users who are familiar with virtual currencies, but has been designed so that Otaku Coins can be easily used by anyone. 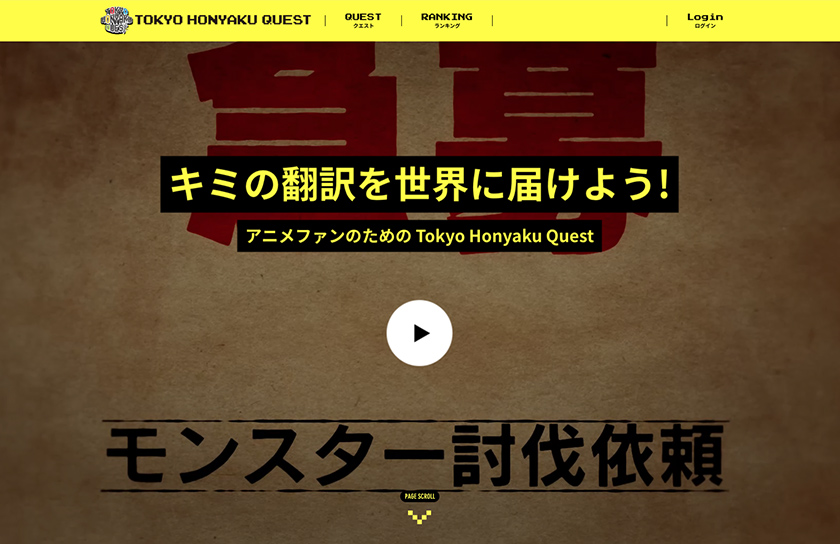 Taking Initiative in the Blockchain Field

We are creating more opportunities for fans and businesses to engage in services through Tokyo Honyaku Quest, a platform where fans translate anime articles, and Anime Anime Global, a smartphone app where said articles can be read. 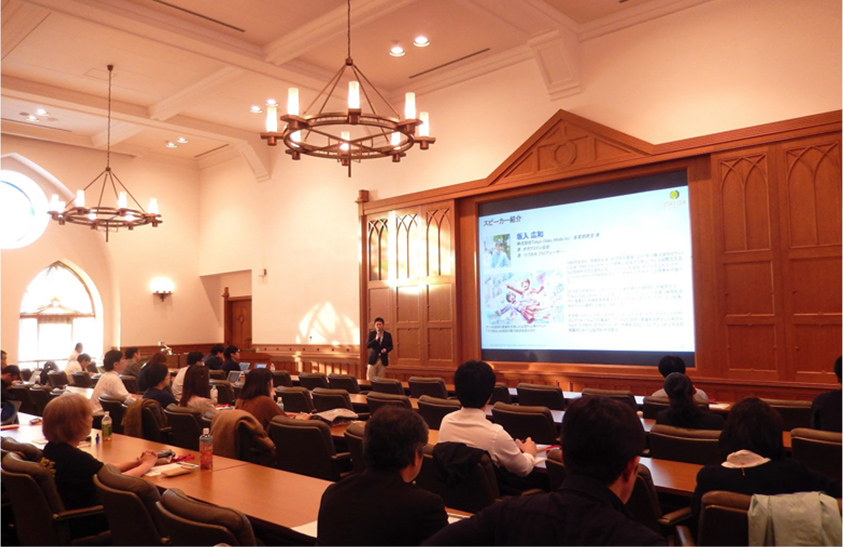 We have spoken at events and various study meetings to teach those in the industry about the effects of blockchains and how we planned on designing the future of content industries through the community currency we issued. 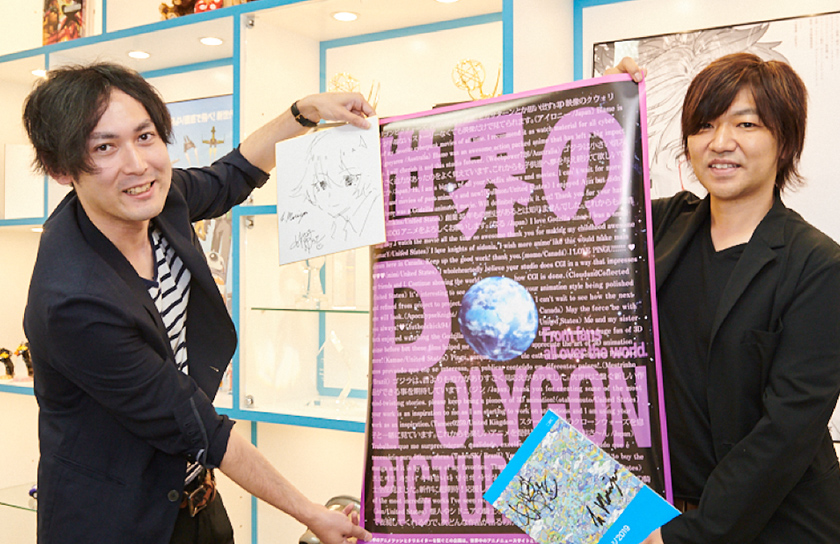 We interviewed anime studios. Along with using our articles to introduce the studios, we also used our Otaku Coin Official App to gather support messages from fans around the world and delivered them to the studios.

Japan’s outstanding animation studios should be able to join hands with fans around the world to create new series. In order to make that dream a reality, we are planning to create a new content fund that uses blockchains. 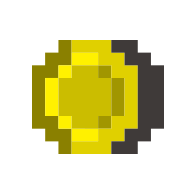 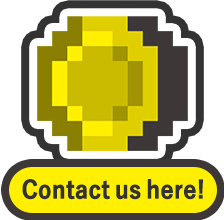